Posted on October 7, 2011 by blogaboutwriting 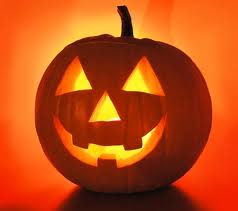 I have finally added a ‘Twitter feed’ to my blog and I await my first tweet with baited breath…! Hmm, not sure if this just going to make me procrastinate even more (what do you think?!) but I’ve done it, in part, because a job I’m about to apply for requires me to be able to use ‘social media’ in all its forms. I’ve just about got the hang of Facebook but Twitter was still a bit of a mystery to me until today.

For starters, I’ve bought and downloaded (from Lulu), Nicola Morgan’s really handy Twitter guide, ‘Tweet Right’, which is full of useful stuff, written in a way that I can understand!

So, hopefully, by the time I’ve absorbed all her advice, I will be Twitter-ready! (And no, I won’t be tweeting about what I had for breakfast – promise!)

And one of the tweets that’s just come through on my ‘TweetDeck’ (ahem, yes I learned how to set one of those up from Nicola’s book) is from The Writers Bureau, with news of a free-to-enter ‘twitter -style’ Halloween competition, to win a fiction course worth £259. More details here. The weird thing is, although your entry has to be 140 characters or less (ie: the same as a Tweet), you actually have to enter by email!

Good luck if you decide to have a go. The closing date is 31st October – of course!

This entry was posted in Competitions, Networking and tagged Nicola Morgan, Tweeting, Twitter. Bookmark the permalink.