A Storm In A Tea Cup?

Posted on February 24, 2014 by blogaboutwriting 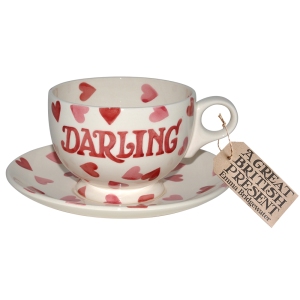 If anyone still thinks writing for women’s magazines, such as Woman’s Weekly, is only for amateurs, may I turn your attention to page 27 of the current Woman’s Weekly Fiction Special (March issue)?

It contains a short story (‘Hot Pork Sandwich’.. hmm, I’m saying nothing), by DAME MARGARET DRABBLE, esteemed novelist and famous person (actually, she also had a story in the Feb issue!).

Apparently, in 2009, Ms Drabble said she wouldn’t be writing any more fiction but she’s clearly changed her mind, as she has a new novel out – ‘The Pure Gold Baby’ – (which gets a plug at the end of her WW short story, of course).

I have to admit though, I find the most interesting thing about Margaret Drabble is the fact that she’s apparently engaged in a long-running feud with her novelist sister, A. S. Byatt, over “her alleged appropriation of a family tea-set in one of her novels that Byatt had planned to write about herself.”

The pair seldom see each other and neither reads the other’s books. Ooh, handbags at dawn! (or should that be tea cups?)

Margaret Drabble’s story, by the way, in WW, is very good – worth a read.

Cute pink tea cup courtesy of Emma Bridgewater. Other crockery is available but I rather like her stuff..!

On a different note, the Worcestershire Lit-Fest has a flash fiction competition closing on 2nd May, which may be of interest and should you live in Worcestershire and dabble in poetry, then you’ve got until 28th March to apply to be the new Worcestershire Poet Laureate!

Ahem, as a former regional Poet Laureate myself (Warwickshire), I can confirm that it’s fun, terrifying and ‘door-opening’ to be a PL so it’s definitely worth a go!

And talking of flash fiction, there’s not a lot of time for this one (2nd March deadline) but if you’re interested in Crime writing and fancy winning a weekend pass to CrimeFest from 15 – 18 May in Bristol (worth £150) then have a look here at the FlashBang crime flash fiction competition.

It’s just £2 to enter and they’re looking for crime stories with a maximum of 150 words.

I couldn’t help but notice, as I looked for last year’s winners on the site (didn’t find them but the 2012 winners are here) that the 2013 winner claims, on his blog, to live in “a house in the South of England with no telephone and no television.”

Aha, I thought, this is where I am going wrong! (Although actually, when my OH goes away, I AM cast adrift from the 21st century! He’s wired up the tele’ in such a way that you need 3 remote controls and a degree in electronic engineering, just to turn the thing on!).

9 Responses to A Storm In A Tea Cup?