Posted on November 2, 2015 by blogaboutwriting 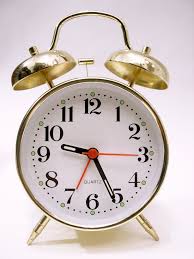 Just look at that fancy header! (It took me ages to work out how to add that heart).

Last Friday, 30th October, was a date I’d had firmly fixed in my head and in my diary for several weeks. It was the DEADLINE for entries to The People’s Friend serial-writing competition and I was determined to enter it.

I’ve been thinking about trying to write something longer than short stories for ages. The jump to a novel seems huge, so, although I realise that, stylistically, it’s very different to writing a novel, a serial is longer than a short story and needs more planning, characters, different points of view and all that, so it seemed the next logical step to attempt one.

But without a deadline, I was still just thinking about it.

In the run up to 30th October, I did some very silly things. As you know, I went to Spain for 4 days, to get eaten by mosquitoes (took my notebook and brought it back again, pages still blank); then last Tuesday I went to Champneys for the day with my mum! (Had to use up the gift voucher I had or it was going to expire…!).. and so on and so on.

I was thinking a lot about the serial but not writing much, so it looked like I was going to miss the deadline. Then I worked out that if I posted my entry on 29th October, by first class, special delivery (which would cost me £7.25 but would be worth every penny!), I could buy myself another couple of days and my entry would be guaranteed to get there on time! So all I had to do was finish it…

Those of you who also entered will remember that you had to write the first part (6000 words), plus you needed to submit a synopsis (max 1500 words) of the rest of the serial. To my amazement – and by the skin of my teeth – I did it. But if I hadn’t had that deadline of last Friday? I don’t suppose I’d even have finished the first part. I am one of those writers that NEEDS deadlines. And self-imposed ones just aren’t the same, are they? It’s just too easy to cheat.

Other writers, I have discovered, have also thrived on deadlines.

Take Charles Dickens, for example. Every one of his novels was first published as a serial – either weekly or monthly – so he always had a deadline when he wrote.

And when he wrote Brideshead Revisited, Evelyn Waugh gave himself a deadline. He asked for 3 months leave from the army in order to write it and took himself off to a hotel in Devon to do so. He averaged 2000 words a day and had to keep asking for extra time but he got there in the end (it took him nearer to five months than three).

But my favourite deadline story is Kazuo Ishiguro’s. He wrote The Remains of The Day in just 4 mad, frenzied weeks, which he called ‘The Crash’. You can read more about it here.

He and his (very supportive!) wife agreed on a deadline. For four weeks he would work solidly from 9am to 10.30pm (very civilised hours!). He wouldn’t read any post, or answer the phone, no-one would come to his house: he would only stop to eat.

It’s a bit like doing NaNoWriMo, I suppose, but the end result, rather than a load of waffle (which is what mine have been!), was a rather fabulous novel which, if you haven’t read it, I can highly recommend.

Deadlines stop you from procrastinating!

I reckon the reason so many former journalists become successful novelists (eg: Jojo Moyes, Sophie King, Ken Follett, Mark Twain, Ernest Hemingway… ) is because they’re used to working to deadlines. They’ve never had the luxury of procrastinating: they’ve been trained just to sit down and get the words out.

So, I need to get better at setting deadlines for myself. Any tips, anyone?

And if, ahem, you’re doing NaNo this year – like I’m supposed to be (!) – Emma Darwin has some great tips and advice over on her blog here (in fact, even if you’re not doing NaNo you might want to have a look..) 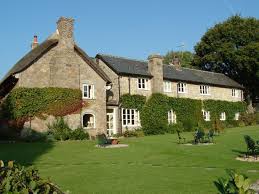 This entry was posted in Competitions, Novels and tagged kazuo ishiguro, NaNoWriMo, The People's Friend; serials. Bookmark the permalink.

15 Responses to I ❤ Deadlines!