May The Force Be With You

Posted on May 5, 2017 by blogaboutwriting

This was supposed to be written and posted yesterday but I’m afraid I didn’t manage it because I had to watch the BBC programme about stress last night, instead (go figure, as they say).

Who was it – Douglas Adams, I think – who said “I love deadlines. I like the whooshing sound they make as they fly by…”?

Anyway, I didn’t realise the significance of yesterday’s date until the afternoon, when I was walking the dog near Broadway Tower and an American tourist, camcorder held high, boomed (presumably for the benefit of the folks back home), “MAY THE FOURTH – BROADWAY TOWER!” It sounded like he was saying ‘May the force…’ and of course, all the Star Wars stuff I’d heard on the radio earlier, suddenly made sense.

It made me think (*slightly tenuous link alert*) about a writer’s ‘force’. I reckon it’s inspiration. Without that, we’re stuffed. And two recent experiences have been a source of inspiration for me: 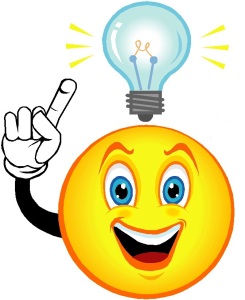 I’m lucky enough to have 4 great literary festivals (Stratford, Chipping Norton, Chipping Campden and Evesham) within half an hour’s drive. (I’ve only linked to the last two because the others are over for this year).

The first three are all held in April and May (practically back-to-back), so there just isn’t time to go to everything but last week I binged at Stratford and managed to see (amongst others), a poet and a novelist who are favourites of mine but whom I’ve never seen speak before – poet Simon Armitage and fabulous novelist, Tracy Chevalier.

Someone I once taught was very dismissive of literary festivals. When I encouraged my class to go to events, he said he put them in the same category as writing magazines – a waste of time, a form of procrastination, when he should have been writing! (erm, actually he didn’t do a huge amount of writing, but that’s beside the point..) but I find them the opposite. I find listening to authors or poets that I admire and being with other, like-minded people in the audience, buying books, taking time out from the everyday to indulge my passion for reading and writing, isn’t a waste of time at all: it’s rejuvenating and inspiring.

Listening to Simon Armitage read his poem about Poundland, for example, was liberating. Yes! I thought, it’s OK to use the everyday, the mundane, the humorous, in ‘serious’ poetry (his Poundland poem is actually based on a section in Homer’s ‘Odyssey’, so it’s clever stuff).

Tracy Chevalier was great too. Remember my post about Margaret Atwood and her Tempest-based novel? Tracy has also been approached by the Hogarth Shakespeare Project and she chose Othello and has written a novel (‘New Boy’) based on the play. (I’m still waiting to be ‘approached’ by the way. They’d better hurry up or the only plays left to ‘re-imagine’ will be the odd ones that no-one else wants, like Timon of Athens or Pericles).

Her latest novel (she was only 6000 words ‘in’ last week and had been writing it on the train on her way to Stratford!), is set in Winchester Cathedral in the 1930s and you can read about it here.

So, in a nutshell, literary festivals = inspiration. There are soo many now, that there must be one local to you. Have a look on the website and see what you can find!

And my second recent source of inspiration? Someone who posted on Facebook, “Just surfacing. I’ve written 5000 words today!”

What do you think of that? There are lots of possible reactions but I found it inspiring. Wow! I thought.. then a little stab of doubt hit me – I NEVER write that much (in a week, never mind a day!). But then, a little voice said, ‘But could you?’ and then it turned into ‘You could!’ and I started to think how I might manage it, if I planned well in advance and had a day specifically set aside. I haven’t done it yet but the idea’s there.

What, or who inspires you? Do tell – it might help us all!

2 Responses to May The Force Be With You