“Is it the Grammar?” On getting the critique of my novel back

Posted on June 6, 2018 by blogaboutwriting 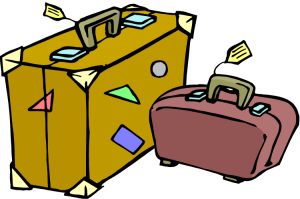 Two things have happened recently: 1) I packed my bags and went on a tennis holiday to Greece (and managed not to fall over. Hurrah!) and 2) I’ve had the critique of my novel back. Eeek!

To be honest, I got the critique last week, by email and I only opened the file and read it a couple of nights ago (5 days later).

In my defence, we’d had visitors over the weekend and I wanted to wait until I had some quiet, alone-time, to read it … OK, that’s a bit of a feeble excuse. In truth, the real reason I didn’t read it any sooner is because I was scared!

Of course, I’ve had feedback on work before (although, not recently) but never on anything as long as 80,000 words or on anything that I’ve invested so much blood, sweat and tears in.

The good news is that it’s not completely terrible. In fact, there are lots of good bits. Modesty prevents me from being more explicit BUT (you knew this was coming, didn’t you), I’ve got to work on stuff, particularly in the final third. I need to put the characters’ emotional journey on the page much more and make the reader sweat a bit before the ‘happy ever after’. You know, easy stuff like that.

My elderly neighbour keeps asking me about my book and when I told her I’d had my critique back but I needed to do some more work now on the manuscript, she asked, “Is it the grammar?” Erm.. well no. The grammar is the least of my problems. The grammar, I’m happy to say, is just about OK.

As well as wondering if it was all going to be completely terrible, I was also putting off reading it because I knew it would mean more work. Back to the drawing board and all that. Another draft beckons – which has to be done before the end of August because I have a RNA critique to take up before then.

Of course, when you’re giving someone feedback on their work, there’s little point in being anything other than honest but don’t be brutally so. Be kind! (My critique-person was kind). There’s always something positive you can say about someone’s writing. A damning critique can put someone off writing for months, or years or even for life, whereas a few kind words can boost a writer’s (usually fragile!) self-esteem and give them confidence.

As Mark Twain said, “I can live for two months on a good compliment.”

PS: This is my 600th post! Think how many novels I could have written instead…!
PPS: Is anyone watching ‘Love Island’? No? No, no, me neither. Rubbish. Mastermind for the Masses. Bubblegum TV. Absolute trash. Oh, but I really, really, really hope Dr Alex finds someone…soon!

Sunset cruise in Greece. Apparently someone saw a dolphin’s fin.

This entry was posted in Books, Novels and tagged Love Island; Greece; critique. Bookmark the permalink.

16 Responses to “Is it the Grammar?” On getting the critique of my novel back