‘Saying I Will’ – the Story Behind The Story 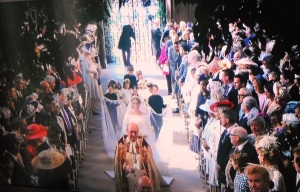 I’ve got a confession to make, dear Readers: I keep things from you.

You see – and I’m sure I’m not alone in this – my story ideas tend to come from things that happen to me. And as many of you are also writers, with your eyes and ears on ‘high alert’ for a good idea, there’s a danger that if I tell you an amusing anecdote or a strange chance remark, you’ll use it in a story yourself (possibly even unconsciously!) before I get a chance to do so. It’s fair enough, isn’t it?

Because, as we all know, there’s no copyright on ideas. I blogged about that here last year.

But if you’re wondering how I use chance remarks to generate story ideas, here’s an example:

The Story Behind The Story

The background to my story ‘Saying I Will’ (published in WW a few years ago), was originally published on the womagwriter blog but it’s been taken off, so I feel justified in putting it here. But apologies if it rings a (wedding?) bell – as you may have read it before.

‘Saying I Will’ is about a woman, Trisha, whose ex-husband is re-marrying and how it’s made her feel.

WW actually spoiled the ‘twist’ a little, as at the beginning, I wanted the reader to think it’s Trisha who’s getting married (the first line is, “On the day of the wedding, I wake to bright sunshine…” ) but in the ‘blurb’ WW printed a line from the story which clearly tells the reader that it’s her ex-husband who’s getting married – but never mind. Once they’ve bought the story, they can do what they like!

I actually got the idea for the story from 2 different sources and I love it when I’m able to bring two ideas together like that because that usually means the story has a bit of ‘depth’ and layering to it.

I took a bag of stuff into our local charity shop one summer and commented to the man behind the counter on what another miserable day it was (it was raining). He shrugged and said, “It can rain every day this month as far as I’m concerned. Especially on the 28th.”

So, naturally, I asked him the significance of 28th (of July, as it happened) and he explained that his ex-wife was getting remarried on that day and they were having a marquee in the garden. (Sad really, wasn’t it?).

I probably didn’t help matters by telling him (truthfully) that my brother’s birthday is 28th July and he always has a barbecue and, as my brother is Mr Jammy, the sun ALWAYS shines (and actually, it did again that year and I thought about the charity shop man on that day).

But my little conversation made me think, ‘There’s a story in that’. But I didn’t quite have enough material to turn it into something…. until …

The Mail, and other tabloids, whatever you may think of them as ‘newspapers’, are a great source of ideas and inspiration for women’s magazine stories as they have lots of women-focussed lifestyle articles and human interest stories.

And not long after the incident in the charity shop, I read an article in the Mail about what to do if your ‘ex’ is getting remarried. One suggestion was to go on holiday – to a different time zone – and concentrate on your future, instead of mourning the past.

Ta dah! That was it. That gave me the rest of the story. Trisha and her old college friend Sarah head for California and drink champagne on the day of her ex’s wedding. And when Sarah asks her if she’ll drink a toast to the rest of her life, Trisha says, “I Will!” 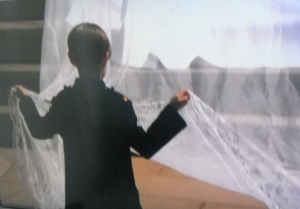 This entry was posted in Blogging, Ideas, Magazines, The Royal Wedding and tagged The story behind the story. Bookmark the permalink.

13 Responses to ‘Saying I Will’ – the Story Behind The Story