Posted on December 17, 2018 by blogaboutwriting 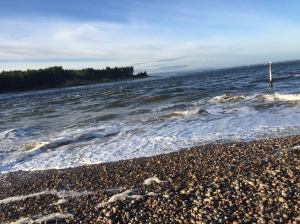 Hello. I’ve been to Scotland since I last wrote (hence the pretty pics), for a flying visit to the OH’s rellies. There was no snow but believe me, it was cold!

Talking of snow, the snow that usually appears as if by magic, floating down the screeen on this blog every December, hasn’t worked this year! And I don’t know why (and I haven’t got time to investigate) but it’s a shame because it always looks so lovely and festive! 😦

And now, I’m contemplating writing my Christmas cards (something I ALWAYS end up leaving until the last minute, despite my best intentions).

My feelings about Christmas cards are thus:

– They’re are a bit daft and outdated – like lots of things in life – but no-one wants to give them up. We need a brave soul to stand up and say ‘Enough!’ And ban them. Perhaps Mrs May will do it when she gets a moment.

– They’re particularly stupid when you give them to people in the office that you sit next to every day. What on earth is the point? But, I must admit, that when people say, “Erm, I’m not giving Christmas cards this year. I’m making a donation to charity instead”, I do think, “Yeah, right.” Which is a bit mean of me, isn’t it? (They just have to show me the donation receipt and it’ll all be fine).

– And then, there are the ones you send through the post, mostly to people you don’t see from one year to the next and actually, it would be quite nice to hear a little bit of their news (as long as it’s not too gushing) but you either get NOTHING (just ‘Happy Christmas!’, which seems like such a wasted opportunity) or, as we did this week, you get a 3 page missive of closely-typed wordage, so detailed, it practically tells you what the person had for breakfast every day and ….agh, is simply too much.

I think part of my procrastination is that I feel I should, somehow, strike the balance between no information and too much information and it all seems like such a headache, that I just keep putting it off. 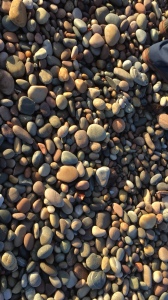 Of course, what we should all be doing is ‘letting go of perfect’ – and embracing ‘good enough’ (and I’ve blogged about this before, here).

We were urged to ‘let go of perfect’ in the Waitrose Weekend magazine, a couple of weeks ago, in an article entitled “Make Time For You” (hashtag #selfcare). It sounds like a great idea but then, a few pages later, in the same magazine, I spotted another article on ‘Creating the Perfect Home at Christmas’. 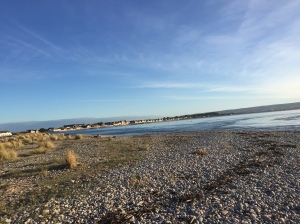 This entry was posted in Uncategorized and tagged Christmas; perfectionism. Bookmark the permalink.

8 Responses to ‘Letting Go of Perfect …’