In Search of an Ending

Posted on December 14, 2020 by blogaboutwriting

My mum (who is in our bubble) has been staying with us for a few days and this is what I’ve been doing: watching Tipping Point, Pointless, Only Connect and University Challenge, playing Scrabble and Rummikub, sweating/sweltering (because we have to have the heat on ‘hellfire hot’) and making endless cups of tea.

It’s been quite nice – like a little holiday – but now, it’s back to work, at least until Christmas, when everything will stop again.

I saw this quote today and it made me feel a little calmer about my lack of writing: “Every first draft is perfect because all a first draft has to do is exist.” Jane Smiley.

As we approach the end of 2020 (thank God, we all say), I’ve been thinking about ‘endings’ – novel endings – because, at the moment, the ending of my novel-in-progress is no good. In fact, I have more than one ending that’s no good (sub-plots and all that).

The ending is perhaps the most important part of a novel. The ending IS the story, as a clever person told me once. It’s what gives meaning to everything that comes before and it’s the final impression you’ll leave on your reader. (Eeek, no pressure then).

Endings are difficult, aren’t they? (Hemingway rewrote the ending to A Farewell to Arms “39 times, before I was satisfied.”)

Think of all those stories and novels you’ve read that have been let down by a poor ending. I can’t give any examples because it will spoil any books you haven’t already read but I can think of quite a few.

Although it’s annoyed/upset me at the time, I do actually now have sympathy for authors who kill off characters (sometimes even main characters!) because it’s one of the options for ending your book and it can make the ending both emotional and memorable.

Of course, the ending of your novel will, to a certain extent, be dictated by the genre in which you’re writing: if it’s a crime, mystery or thriller, the reader will be expecting a resolution, revelations and for the baddies to be ‘brought to book’; if you’re writing romance, the reader usually expects the lovers to get together and declare their feelings (although sometimes, they don’t. I can think of a few bittersweet endings of recent films and novels in which one of the pair dies, or they don’t end up together, after all).

The ending must leave the reader feeling satisfied with what’s happened to the characters but it mustn’t be too predictable. There still needs to be an element of surprise.

A film director – can’t remember who – once said, “Give your audience the ending they want but not in the way they expect” and that, I think, applies to novels too.

And there needs to be tension. Will the villain be defeated? Will the lovers get together? That ‘black moment’, near the end, when it looks as though all the problems facing your heroes are insurmountable, makes the happy ending, when it finally arrives, all the sweeter and more satisfying for the reader.

Hmm, simples, as they say. Now I just have to do it. (And if anyone has any tips on writing a good ending, please share!) 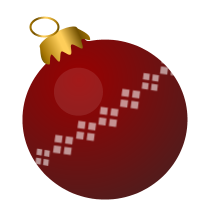 New Word:
I learned a new word this week. Do you practice librocubicularism? I do, I’m a very keen librocubicularist. (It’s a fancy word for someone who reads in bed!). Mind you, I never seem to manage to read more than about two pages before I fall asleep…. 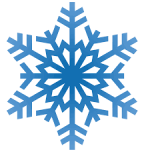 Competition:
The Spectator has an interesting little writing competition running until 6th January 2021, if you fancy a challenge. Here it is (and shhh, don’t tell him, but I’ve bought my OH Shuggie Bain for Christmas).

No. 3181: nay sayers
This year’s Booker Prize winner Shuggie Bain was turned down by 32 publishers. You are invited to submit a publisher’s rejection letter of a well-known literary classic. Please email entries of up to 150 words to lucy@spectator.co.uk by midday on 6 January.

This entry was posted in Books, Competitions, Novels and tagged The Spectator; endings;. Bookmark the permalink.

6 Responses to In Search of an Ending