Birthdays & An Introduction to My Birthday ‘Twins’

Posted on October 29, 2019 by blogaboutwriting

My birthday’s been and gone, NaNoWriMo is looming (more of that anon), I’ve changed the bed to a higher-tog duvet and the new ‘leaf-y’ header is on the blog.

So, I declare it officially autumn/Autumn! (never sure whether seasons should have a capital or not, are you?)

It was my birthday last week and I managed to have a whole 7 days’ worth of treats and celebrations (and it wasn’t even a Big One), starting last Monday when we went to Cirencester for a mini-break.

Our hotel room was a ‘library’ full of book shelves and even a real typewriter! (No, it didn’t end up in my case but it was rather tempting…I mean, look at it!) 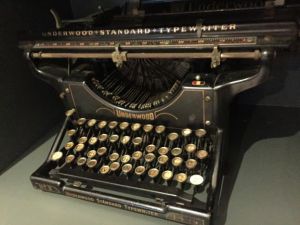 Last weekend I was at my friend’s in Costa del MK (that’s Milton Keynes to the uninitiated) and yesterday I was whisked off to sunny Stratford-on-Avon by my friend Chris, for lunch at the Four Teas, which is a lovely 40s-themed café (‘all the fun of the forties, without the rationing’), which I can highly recommend if you ever visit (but probably best to book).

In Stratford centre, the river Avon had burst its banks, as it does every now and again but the swans were happy.

Over the past few years, I’ve identified 3 birthday ‘twins’: other writers who share my birthday and all of whom I’ve met in real life, on writing holidays and courses and one – in the case of Alice – that I actually met ‘virtually’, through our respective blogs, before I met her in real life.

We always send birthday congratulations to each other on Twitter and generally get very excited about the fact that we all share a birthday (October 23rd in case you’re interested).

They are of course, all very lovely and talented people (who share my angst regarding star signs. Are we Scorpio or Libra? We’re ‘on the cusp’ you see!), so I thought I’d given them a little mention. I hope I haven’t got anything wrong or missed out anything very important. If so, they will need to let me know and I will make the necessary tweaks!

Here they are, in no particular order (as they say on Strictly):

Ninette Hartley
Ninette used to live in Italy (lucky her!) which is where I first met her and now she lives in Dorset but she still zooms around all over the place. Last time I saw her – in March this year – she was writing a novel set in WW2. Ninette blogs here and she’s just started an MA in Creative Writing, which has made me very envious!

Celia Anderson
I also met Celia in Italy, back in 2013, on the same writing course/retreat as Ninette. Celia’s writing career began with the competition win of a contract from Piatkus Entice and continued with more ebooks. Following early retirement, she signed with an agent in 2017, which resulted in a two-book deal. The first of these, 59 Memory Lane, was inspired by the find of a cache of old family letters dating back to 1945 and you can read all about it here. 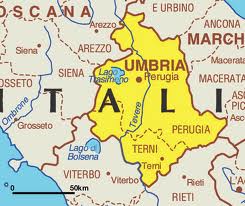 Umbria in Italy, where I met Celia and Ninette

Alice Elliott
Alice has written lots of short stories for women’s magazines and I’m very impressed that she’s now branched out into pocket novels (if you want to know more about writing pocket novels, see here for the My Weekly guidelines and here for the People’s Friend pocket novel guidelines.

One of the many benefits of becoming a pocket novelist is that you can join the RNA (Romantic Novelists’ Association) as a ‘full member’. Alice’s RNA page is here.

NaNoWriwMo 2019
So, are you gearing up for NaNoWriMo this year? I’m going to give it a go, as I need to try to up the wordcount on my WIP. Good luck if you’re entering the fray on 1st November (yes, that’s this Friday!) and if you haven’t got a clue what I’m talking about, all the info’s on here.

This entry was posted in Cotswolds, Magazines and tagged birthdays; pocket novels; NaNoWriMo. Bookmark the permalink.

13 Responses to Birthdays & An Introduction to My Birthday ‘Twins’